After being the victim of an attempted murder in June of 1993, I decided to devote my life to helping people who have been a victim of a crime.

After being (honorably) discharged from the United States Army in November of 1991, I worked in the residential mortgage business. Then the following occurred: I had driven my car into the parking lot of the office building where the mortgage company was located in Tacoma, Washington, on a Wednesday at about 9 p.m., and parked. I got out of my car and began walking toward the door of the office building when I heard several footsteps coming toward me from behind. I turned around and saw four young males that appeared to be in their mid-teens approaching me, one leading the way and holding a handgun in his right hand. I knew I did not have time to get back in my car to escape or escape on foot without being shot. It was clear the only chance I had of surviving was to confront the situation and hope for the best. I took a defensive stance by standing with one leg forward so as to not be knocked down easily, and quickly calculated my options.

I remember thinking: the best chance I have of surviving is to disarm the gun and wrestle it out of his hand—if he can’t fire the gun, he can’t kill me. Even though there were four of them, I concentrated mainly on the one with the gun. The one holding the gun stood in front of me demanding money and it was clear from the look in his eyes that he had no intention of letting me live. As a diversion, I gave the impression that I was reaching into my front left pant's pocket to retrieve money, which fortunately made him slightly lower the gun and move it to his left away from my body and gave me the opportunity to control the situation and get the gun away from him. I pushed it further away from my body using my right hand and began ramming my left index and middle fingers behind the trigger to jam it and prevent the gun from being able to be fired as I attempted to wrestle the weapon out of his hand.

As a side note: he was able to fire a round before I could get my fingers behind the trigger to jam the gun, but the bullet did not hit me. Out of the corner of my right eye, I saw the brass cartridge laying on the ground from the bullet bouncing off the pavement.

I continued ramming my fingers behind the trigger. He tried several times to fire the gun again as I was pushing my fingers behind the trigger and wrestling for control over the weapon. Fortunately, the other three did nothing but watch. He eventually gave up and released his grip on the gun’s handle and they all ran off down the street. I pulled my sore, bloody fingers out from behind the trigger—I had cut one finger on a burr that was on the backside of the trigger. I cleared and secured the gun, and called 911; sheriff’s deputies responded. I turned over the gun to the deputies and told them what had happened. I could tell by the look on their faces they were amazed by my actions. One deputy said: "You’re lucky to be alive." I responded: "Anyone who tries to kill me is going to have to earn it."

Whether you need to track someone down or know if he or she is committing fraud, you can count on the team at Brian Blackwell to provide unparalleled private investigation services. 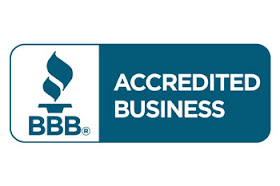 Brian Blackwell is a frequent Guest Speaker at organizations for seniors concerning schemes and frauds that target the elderly.